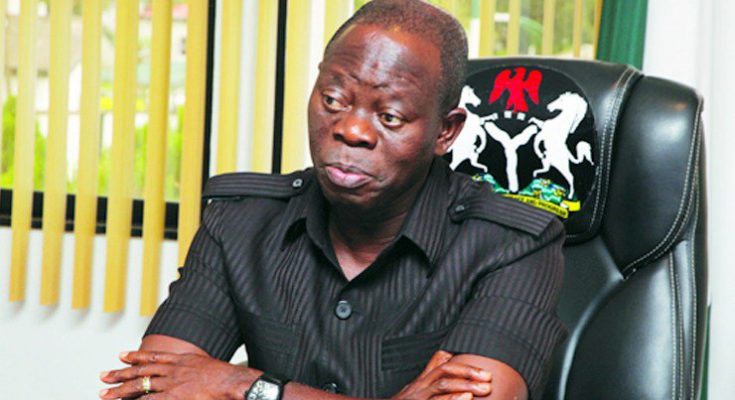 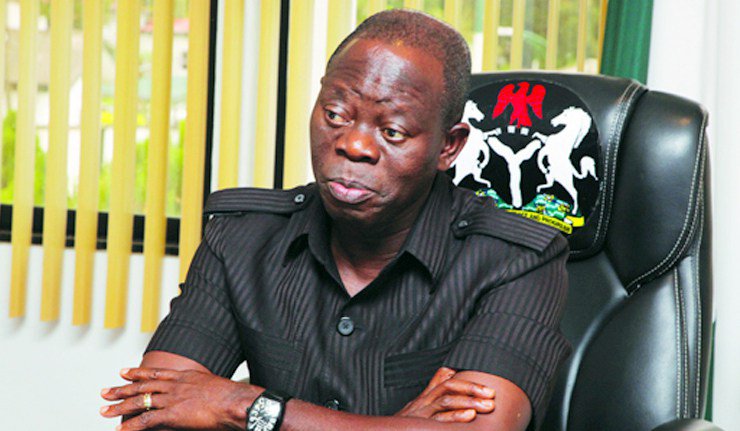 The National Chairman of the ruling All Progressives Congress (APC), Comrade Adams Oshiomhole was on Friday morning placed under temporary house arrest as the police prevented him from attending the planned APC mega rally in Benin.

Following the violent political clashes between the supporters of Oshiomhole and those of the Edo state governor, the Inspector General of Police, Mohammed Adamu on Thursday morning announced the suspension of the rally organized to welcome a former chieftain of the Peoples Democratic Party (PDP), Pastor Osagie Ize- Iyamu and his loyalists to the APC.

According to Daily Independent, a credible source who is monitoring the development in Edo state said the State Commissioner of Police, Lawal Tanko Jimeta went to Oshiomhole’s residence on Friday morning and stopped him from going out to attend any rally in view of the prevailing security situation in the state.

“As we speak, Oshiomhole is under house arrest because the Commissioner of Police told him you can’t go anywhere”.

“Also, the rally they were proposing to hold in Garrick couldn’t hold because the police authority has placed a ban on it. The state government also issued a statement banning any open rally”.

“On the strength of that, the rally failed and all the artists and musicians who were supposed to play at the venue were dispersed including media houses like Channels TV, AIT who were already scheduled to do a live broadcast of the event”.

“A few people now went to Ize-Iyamu’s residence where he addressed them. That is the situation for now” our source said.