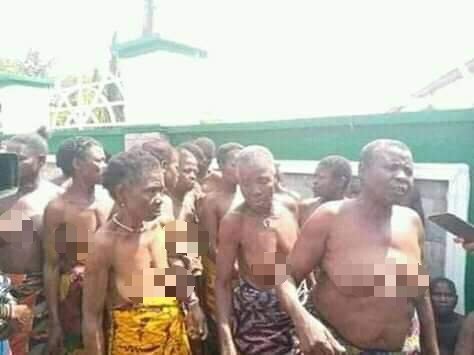 At least 150 Ebonyi women, on Monday, protested naked in front of Government House Abakaliki.Women from Agubia in Ikwo Local Government Area of Ebonyi State protested over the arrest of not less than 9 of their sons by security agents allegedly acting on the order of top state government officials from the area.The aged women who gathered in front of the gate of Government House, Abakaliki, around 12noon yesterday alleged that there had been an incessant arrest in the village.One of the women said, “the latest was the arrest of two persons from the village who came for a wedding ceremony in Abakaliki last Saturday”.According to the report, a bloody clash that erupted between two rival groups three weeks ago over which group to control a motor park in the community claimed the life of one Chinedu Nwali, and many others injured, while houses, cars and other valuable properties worth millions of naira were damaged.The Agubia Motor Park is the central park where all the vehicles leaving and entering the community stop.The women disclosed that since the clash peace had eluded the community.Mrs. Mercy Nwali who spoke on behalf of the women said the crux of the protest was to demand urgent and amicable resolution of the matter as their lives and that of their family members had been in danger.“What we demand is that all of them who are involved in the crisis should come home so that we could make peace. They shouldn’t be in town here and be terrorizing us in the village. Any time we schedule to meet to seek a solution to the crisis, we don’t see them. We no longer sleep in our homes and we want the government to intervene”, she explained.They also called for the immediate release of their children who had been arrested and put in detention.Another aged woman, Mrs. Juliana Nwali who gave the names of her children arrested as Messrs Igwe Nwali, Chikwendu Nwali, and Chineme Nwali vowed never to leave the government house gate until they were released to her. 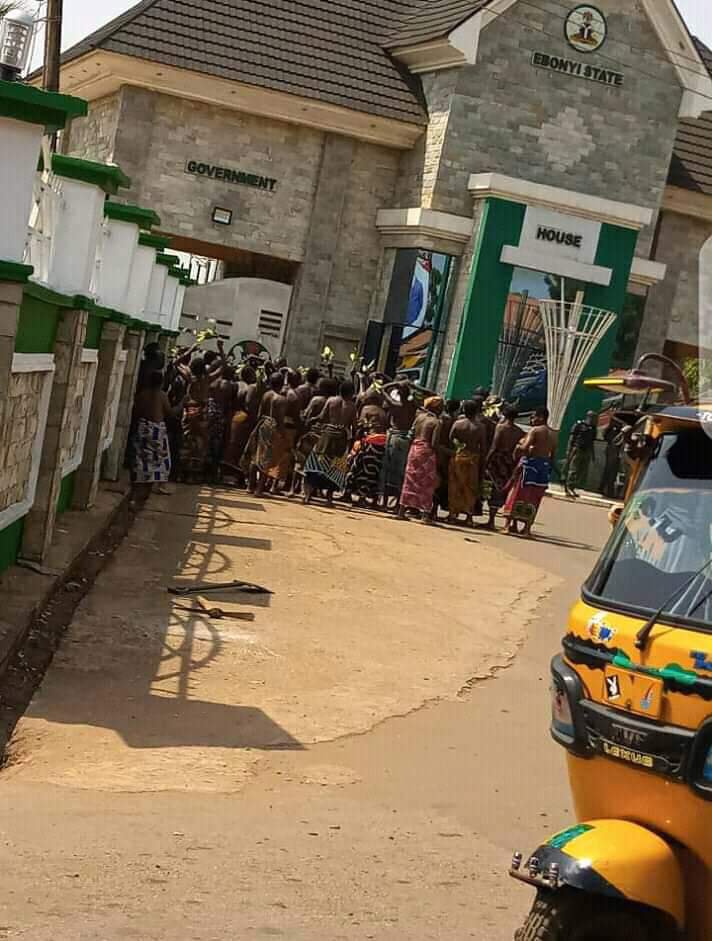 She was seen crying profusely, saying she prefers to die than go back without her children.