Chartered Accountant who returned to Nigeria from the US after 45 years killed in his home. 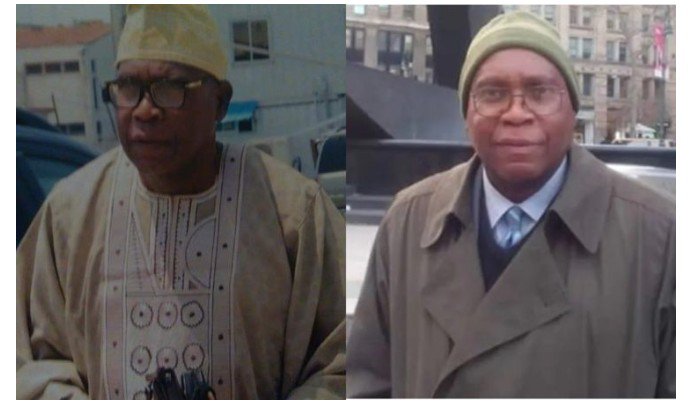 A chartered accountant has been gruesomely killed in his retirement.

The deceased identified as Mutiu Agbosasa had arrived home after an outing at the “Island Club” in Lagos when he was attacked by alleged assassins.

The corpse of the deceased was allegedly butchered and placed in his car which was set ablaze by the assailants.

A CHARTERED ACCOUNTANT MURDERED IN IKORODU

who was murdered in Ikorodu was a chartered accountant in New York for many years before returning to Nigeria early 2019…. someone close to his son said, “ he is not sure if it is up to three months, that he returned to Nigeria.”

The guy who narrated the gruesome killing to me, even said, “the killing was not that of armed robbery- he said with the way the murder was carried out, it was a case of killing him finally without a trace.” Hired assassin.

The man was said to have been coming from the prestigious “ Island Club,” in Lagos, where he normally socialize with his members.
And on getting to his house, which is situated in a remote and secluded part of Ikorodu, the gateman opened the gate for his car to drive in…….immediately he drove in, there were these guys who either trailing him or being laying ambush for him, rushed in and started shooting and after shooting the man, they now started to butcher him like the way we do meat. That was not enough, they put all the mutilated body parts in the car, remove all his phones, and burn everything, without taking any of the phones away.

The gateman had to call the wife who was in her church where she was observing the “night vigil,” not to come home, that the husband had been murdered.

The narrator said,” throughout the 45 years the man spent in New York, he had no single criminal record,” he was said to be a very upright and trustworthy accountant of great repute amongst his peers. He was even said to belong to those kinds of people who if you mistakenly or wrongly sent anything to their house, they will take it straight to the police station. That’s how honest the man was in NY.

He’s got four children, who are all residing in New York, only he and the wife returned to the palatial house in Ikorodu.

He doesn’t do dealings or getting involved in any shady deals. The guy said, “ late Agbosasa was his father’s close friend and he can vouch for him because he knows the family-like knowing his palm.

Why anyone will like to murder a person of good character like this after spending 45 years in the USA without any criminal record, without moving with bad companies is still a surprise and I can’t just figure out, why?

May Mr. Mutiu Agbosasa’s soul rest in peace – May Allah forgive him all his sins. 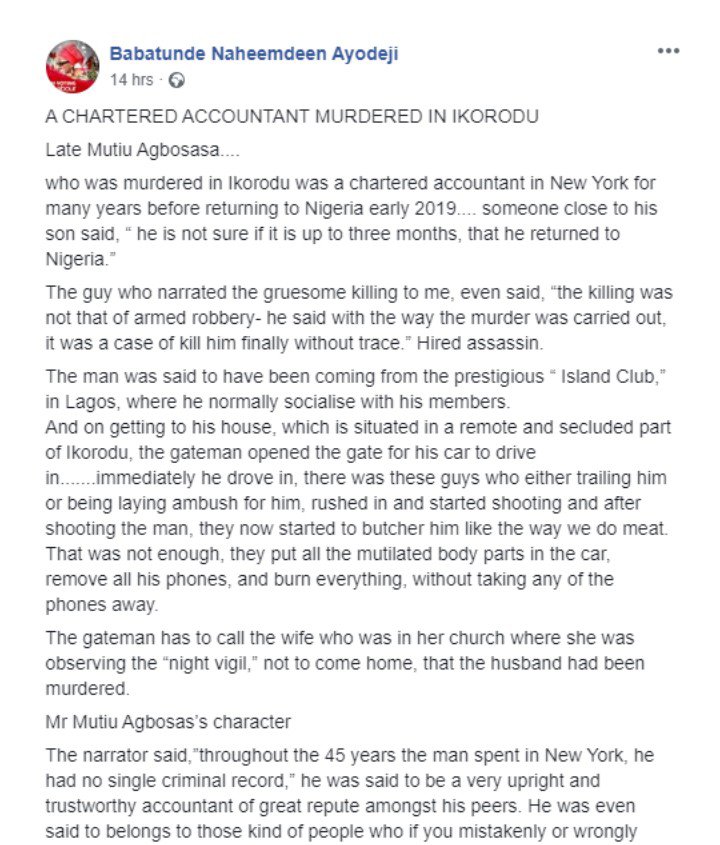 Forty-five years ago, Alhaji Mutiu Agbosasa left his hometown, in search of Greener pastures, life, education, love, and living. The United States of America was the nation that offered him opportunities of existence and sense of purpose so he lived in Brooklyn, New York, for forty-five years.

He spent those years building his life and family, with hopes and prayers to someday return to his Ikorodu native soil as a retiree, enjoy his retirement and its benefits, the remainder of his enchanting life.

A few years ago, Baba Agbosasa as he was popularly known, built his dream retirement country-home in his Ikorodu hometown and returned to live in its comfort.
Armed robbers allegedly attacked the 72-year-old man and shot him fatally.

He lived and survived the most dangerous city in the world- New York City but returned home recently only to be murdered, before dawn, in his dear native land. 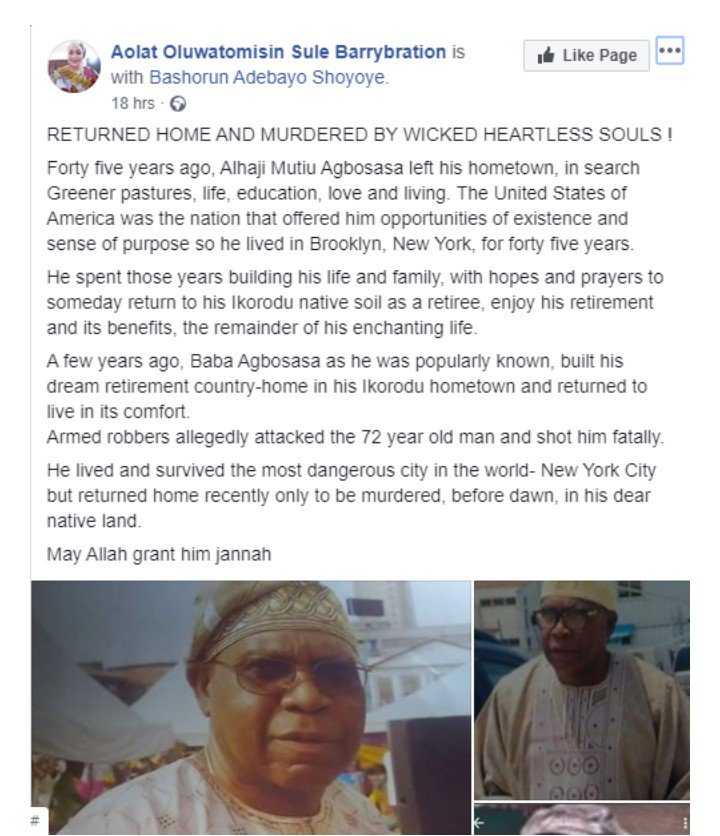 What has Nigeria turned into?

Tags: 45 Accountant AFTER Chartered From his home In Killed Nigeria returned To US Who years