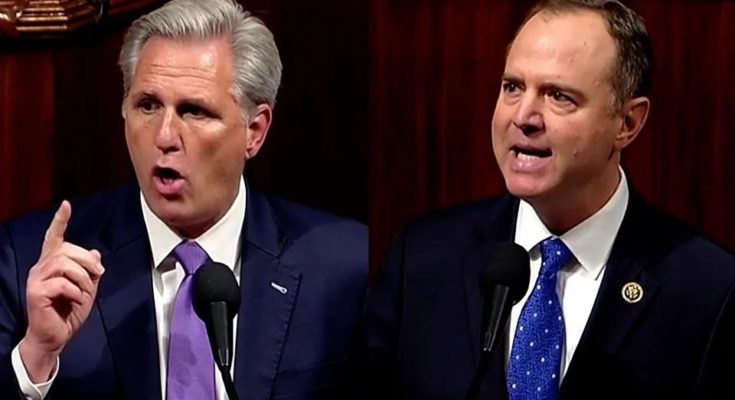 Donald Trump has been impeached when will it be Buhari’s turn? 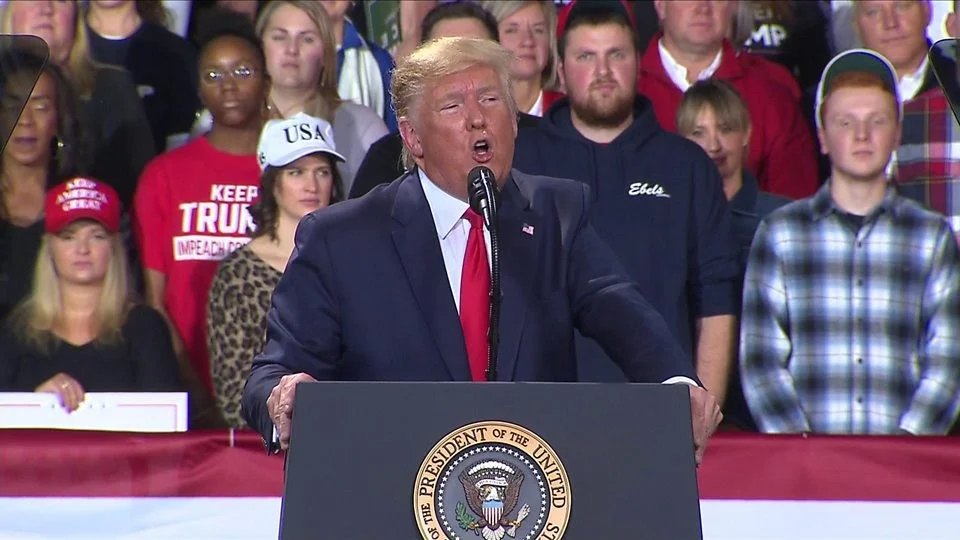 Nancy Pelosi confirms Trump is impeached – and warns Democrats not to celebrate.
Donald Trump has become the third US president in history to be impeached by the House of Representatives, setting up a trial in the Senate that will decide whether he remains in office.

The House voted on two charges – that the president abused his power and that he had obstructed Congress.

Nearly all Democrats voted for the charges and every Republican against.

President Trump’s Republicans control the Senate so it is highly unlikely he will be removed from power.

As voting took place in the House, Mr. Trump was addressing a campaign rally in Battle Creek, Michigan.

How will Senate trial work?
What does it take to impeach a president?
Who’s who in the Ukraine story
Trump’s angry letter: Five key quotes
He told a cheering crowd: “While we’re creating jobs and fighting for Michigan, the radical left in Congress is consumed with envy and hatred and rage, you see what’s going on.”

Video caption “Cheapened the process of impeachment” – Trump reacts to being impeached
The White House released a statement saying that the president was “confident that he will be fully exonerated” in a Senate trial.

What happened in the votes?

After 10 hours of partisan debate on the merits of the two impeachment charges against President Trump, the House called for votes at about 20:30 local time (01:30 GMT). 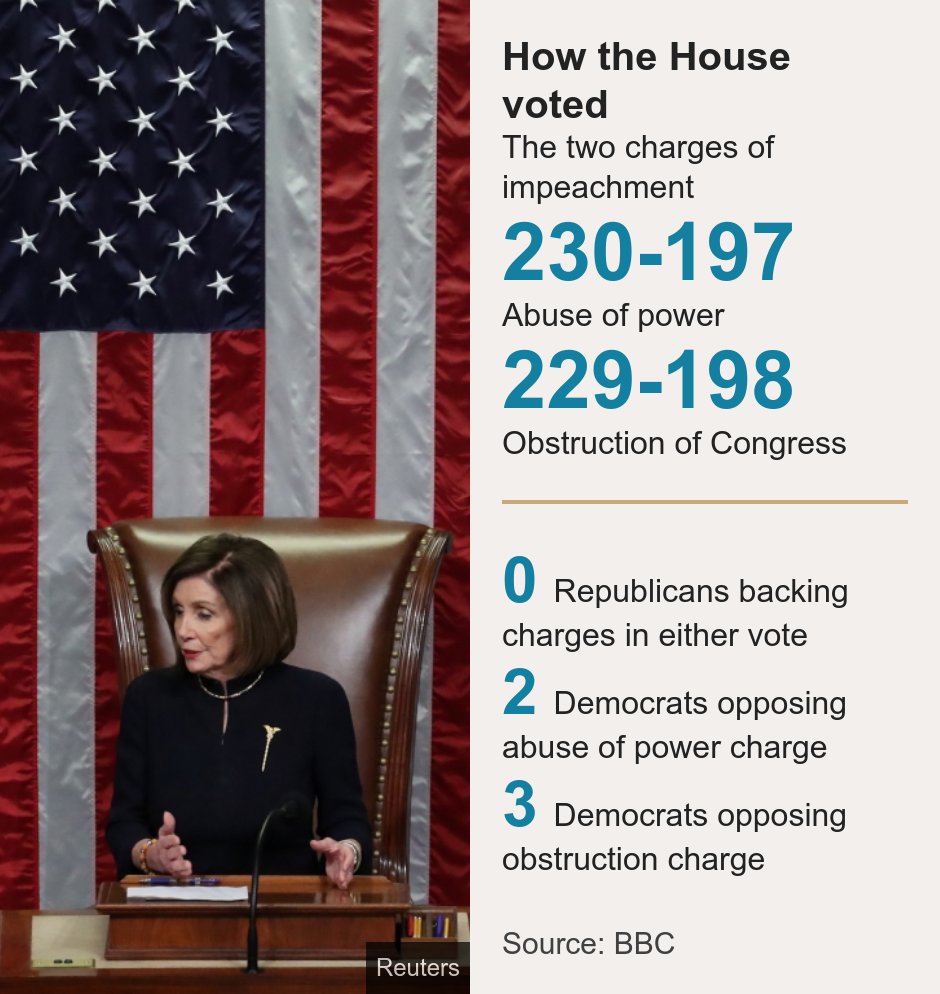 The first charge is an abuse of power, stemming from Mr. Trump’s alleged attempt to pressure Ukraine to announce investigations into his Democratic political rival, Joe Biden. 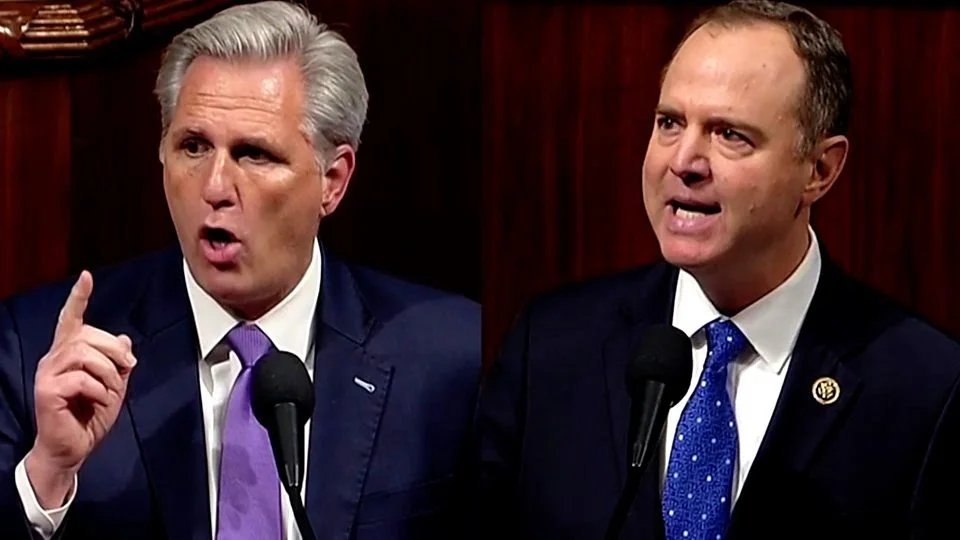 The second charge is obstruction of Congress because the president allegedly refused to co-operate with the impeachment inquiry, withholding documentary evidence and barring his key aides from giving evidence.

It passed by 229-198. Democrat Jared Golden of Maine voted for the first charge but opposed this.

No Republicans supported impeachment, although ex-party member Justin Amash, from Michigan, did. 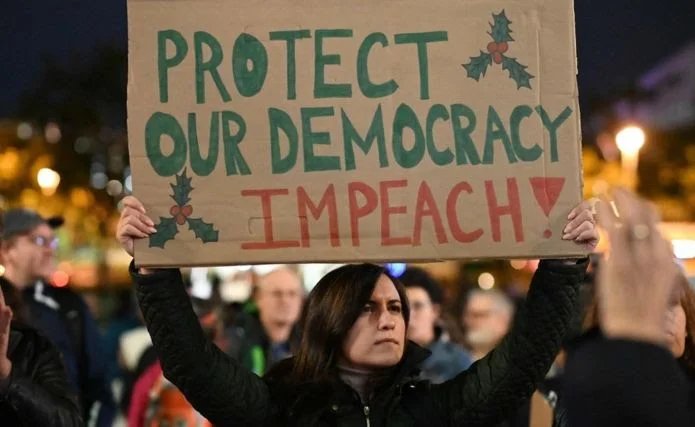 Being impeached places Donald Trump alongside only two other presidents in the nation’s history – Andrew Johnson and Bill Clinton.

Now when will Nigeria senate be this active?