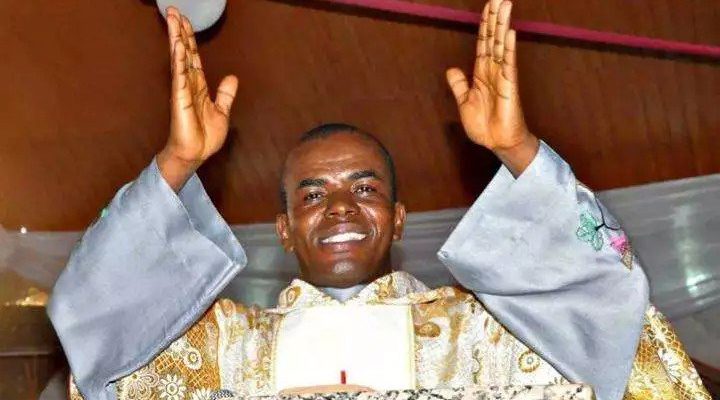 I hardly listen to the words of the so-called prophets, However, I took great interest in the prediction of Father Ejike Mbaka regarding the governorship tussle in my State Imo between Emeka Ihedioha of the Peoples Democratic Party and Hope Uzodinma of the All Progressives Congress. Fr. Mbaka predicted putting his reputation on the line, that Uzodinma would replace Ihedioma as the Governor of Imo State. He said it would happen but did not know-how. His bold prediction or guess came to pass when Ihedioha was sacked by the Supreme Court and replaced by his rival, Uzodinma.

I have since that prediction been wondering if Mbaka ever said anything about the security outfit code-named Amotekun, put in place by the six governors of the South-West geopolitical zone, as a complement to the efforts of established security forces in the quest to maintain peace in the troubled region. I would have hailed his endorsement of the outfit as one good thing in the life of our nation.

The one endorsement we do not crave is that of Nnamdi Kanu, leader of the proscribed separatist group, Indigenous People of Biafra. He has promised support to Amotekun, hailing it as the best thing to have happened to the South-West. He envisaged this outfit, put in place with good intentions, as an instrument of separatist agitation that his own group is championing. May we say it loud to the Kanus of this world that the people of the South-West are mainly interested in peace and order, not only in their own region but also in the entire federation.

Those who have expressed concern about Amotekun might be thinking along the same line as Nnamdi Kanu, fearing that the outfit could degenerate into something else. It is in countering this mindset that I took exception to the letter written by Chief Gani Adams to Abubakar Malami, Minister of Justice and Attorney General on the legality or otherwise of Amotekun. I thought the issue should have been left to the governors who established the outfit and lawyers who may want to take up the issue in the courts.

I hold the view that Amotekun is desirable in view of the security challenges in the South-West. I also hold the view that the principle of federalism has not been offended in this development. Operation Amotekun is not targeted at non-Yoruba people who live peacefully among them. On the other hand, Amotekun seeks to rid the region of all sorts of criminal activities which include ritualism, cultism, banditry, kidnapping, herdsmen nuisance, among others. It is designed to check the nefarious activities of enemies within and enemies without.

In some sense, Amotekun is a reflection of a failing state. Had we provided adequate security to complement an exploding population, there might have been no need for it. Hopefully, Amotekun can be the precursor of a modern community policing system encompassing well-trained men and women. In Europe and America, there are all sorts of registered security outfits even for universities and shopping complexes. The shops provide their own security against those whose desires may be to steal alcohol and bars of chocolate, even when they do not intend to hurt anyone.

Amotekun will not be unique to the South-West region. We already have similar outfits in the northern states. To the best of my knowledge, the efforts of these northern security outfits have been loudly praised by constituted authorities. I will be curious if our Amotekun is being viewed differently. Those warning that the South-West might lose the presidency in 2023 because of Amotekun are agents of blackmail and nauseating ethnic or regional arrogance. Hence I ask, what is Fr. Mbaka’s view of Amotekun?