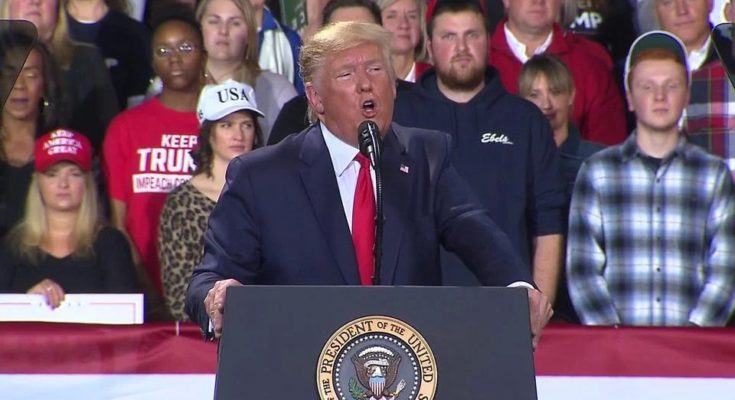 American president, Donald Trump has added Nigeria and six others to his travel ban list.

According to Trump who spoke at a news conference at the World Economic Forum in Switzerland yesterday, Trump said the expansion which will be announced “very shortly” is as a result of happenings around the world.

The US president was silent on the affected countries but the list is said to include Nigeria and six others.

“You see what’s going on in the world, our country has to be safe,” the BBC quoted him as saying.

“We’re adding a couple of countries….we have to be safe.”

Earlier it was reported that Trump’s administration is not likely to place full visa bans on the affected countries.

The News reported that the restriction may be limited to certain types of visas such as the business or visitor visa popularly referred to as B1/B2 visa type.

Trump issued the first travel ban — titled “Enhancing Vetting Capabilities and Processes for Detecting Attempted Entry into the United States by Terrorists or other Public-Safety Threats” – which affected seven countries with a Muslim majority – weeks after he assumed office in January 2017.

One of the major factors trump’s administration considers before placing a ban is whether countries of concern adequately screen travellers to prevent potential acts of terrorism.

Wall Street Journal reports that the latest countries affected have a “relatively higher rate of their citizens overstaying visas in the US.”