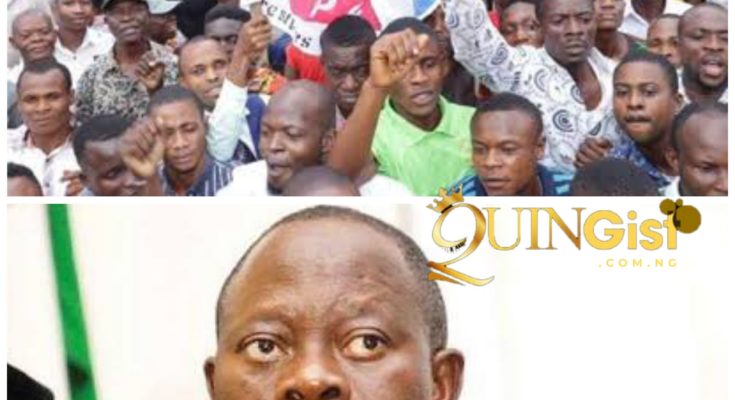 Oshiomhole should step down for another – APC Youths Protest.

The youths who had several placards blamed Oshiomhole for all the party’s predicaments, saying he was the reason APC lost Bayelsa State to Peoples Democratic Party (PDP).

Their spoke man Comr. Genesis Johnson spoke on behalf of the protesters claiming that Oshiomhole had been running the affairs of the party in breach of the party’s constitution, adding that their National Leader Oshomhole’s impunity has caused the party a major loss in Zamfara, Bayelsa and Rivers states respectively.

In his own words “What happens in Bayelsa State was caused by Oshiomhole and we say enough is enough. We want him out as our national Leader, he has failed us, we want him to pack his load and leave that office. He is not the only Nigerian that can manage that office.
Since he came into that office he has been creating problems for the party. We will suffer to win the election and at the end of the day, the opposition will go to court and collect the state, We are not happy with his conduct and we are the youths and party faithful, we asking him to go peacefully, we put him there. He has done nothing but a curse to the party”.

The youths vowed that they will not rest unless their National Chairman steps down for another.