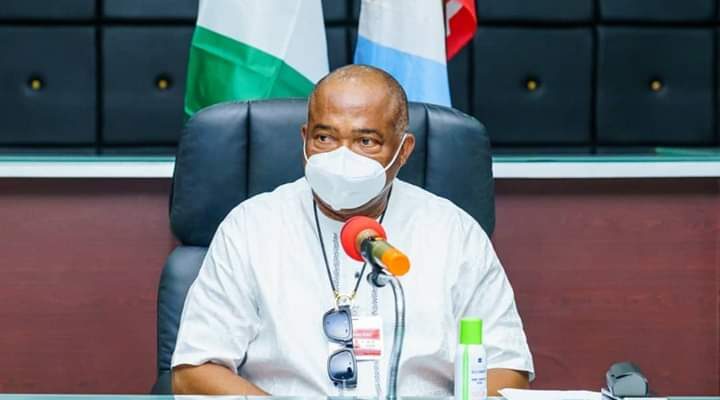 Yesterday, The Imo State government made their findings concerning the fraud aimed at the payroll system which has hindered the payment of pension. These eight persons are said to be receiving N330 million annually as a pension when others go home with nothing or less…

Sen. Hope Uzodinma, who has sworn to sort out this issues has disclosed this in Owerri, after meeting with the leadership of the state chapters of the:
Nigeria Union of Pensioners, NUP, led by Josiah Ugochukwu,
Nigeria Labour Congress, NLC, Comrade Austin Chilakpu &
Trade Union Congress, TUC, at the Government House in Owerri.

The Governor also discovered that over one thousand pensioners who retired in 1976 were still receiving a pension, just as he pointed out that pensioners in the verified database have all been paid up to date except those who are still having issues.

Gov. Uzodinma said “The highlight of the fraud was that eight persons, who the governor named, were earning N330m annually as a pension, one of them late.
While a retired judge, was earning N300,000 monthly above what was due to him as pension and a late SSG to the government was still earning pension, many years after his death.

So many irregularities had marred the pension system forcing us to investigate further into the payroll of retired workers where it was discovered that over 1,000 pensioners who retired in 1976 were still receiving a pension, wondering how many people aged 104 were still alive.

Overinflated pensions were paid to numerous pensioners which on the investigation was not consistent with their last payslips or basic salaries as stipulated by the Pensions act.
He added that “The decision to automate the payment process was in line with the new World Bank order for all states so the delay was due to the fact that there was no handover from the former administration to us.

The good news was that as at yesterday all pensioners in the verified database had been paid up to date and said those who had issues with their data would have to resolve them before they can receive payment.”

To me, Duru Eunice Adaku, I think this is a welcome development, how on earth can dead persons deceive payment?