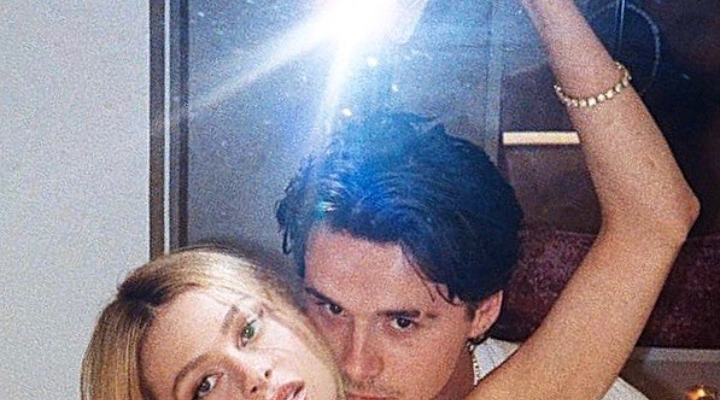 Nicola Peltz is the next Mrs. Beckham.

David and Victoria’s eldest son Brooklyn has popped the question to his girlfriend, Nicola Peltz, and even promised to be the ‘best daddy one day.’

Brooklyn Beckham, 21, is engaged to his girlfriend Nicola Peltz, 25! David and Victoria Beckham‘s oldest son, who has been working as a photographer, has been dating the Transformers actress for seven months.

He broke the good news with a romantic photo of himself caressing Nicola on July 11, whose emerald-cut diamond ring was prominent on her ring finger. “Two weeks ago I asked my soulmate to marry me and she said yes xx. I am the luckiest man in the world,” Brooklyn announced in the caption.

He even looks forward to fatherhood — the photographer added, “I promise to be the best husband and the best daddy one day. I love you baby.” 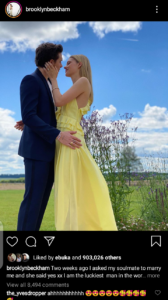 “Brooklyn has been telling his friends in LA that he and Nicola are engaged. It’s common knowledge among their group of friends,” a source told British outlet The Mirror, adding that the adorable couple “are smitten” and his parents are “delighted” about upcoming wedding plans.

David and Victoria have very much given this relationship their blessing,” another source also told the the London-based newspaper.

Although Brooklyn seems on the young side to tie the knot, dad David and mom Victoria were only 24 and 25 at the time of their 1999 nuptials in Ireland. 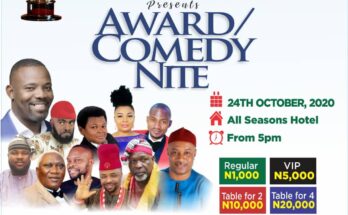 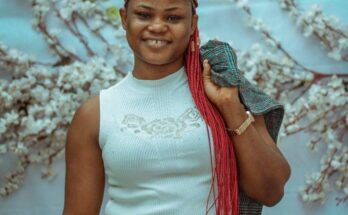 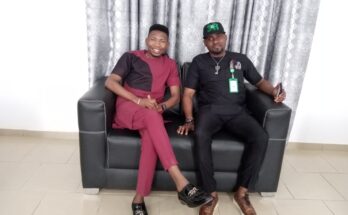