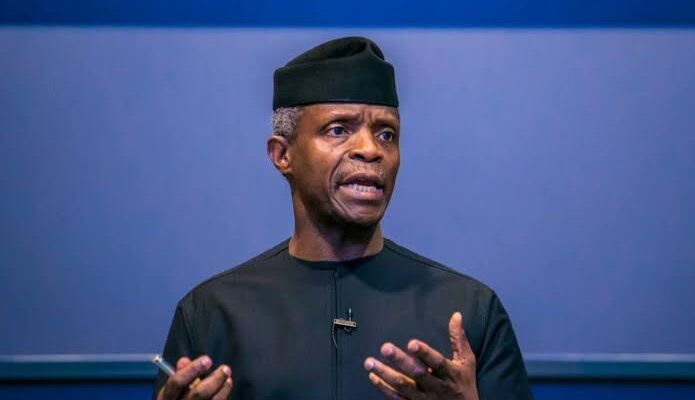 The Senate, on Thursday, July 23, 2020 started moves to reverse the multimillion power sector deal being introduced by the administration of President Muhammadu Buhari administration in 2016.

Sources believe Vice President, Yemi Osibanjo, Babatunde Fashola and others who were part of the team that had erroneously signed an agreement that was not in favour of Nigeria.

The Presidential Power Reform Transaction, which was headed by Osibanjo when the deal was struck obligated Nigeria to pay between $30 million and $33 million monthly to Azura for power for powers generated, even if not “dispatched.”

The power generated is expected to be transmitted through the national grid by the Transmission Company of Nigeria (TCN).

The Senate at its plenary, yesterday, said Nigeria stands to lose about $1.2 billion if the country defaults or revokes the current agreement with power generation companies.

Chairman of the Senate committee on Power, Gabriel Suswam, while briefing the Senate on the existing agreement, said part of the deal the Federal Government had during the power sector reforms was that the investors will have the legitimacy to pull about $1.2 billion from the country’s foreign reserve.

The revelations were made during the consideration of a report on addressing Nigeria’s power sector problems.’

Senators who spent over two hours debating the issue agreed that in order to have constant power supply, the existing power sector agreements on two power plants carried out by the administration of President Buhari must be reviewed.

However, some lawmakers, who were predominantly lawyers warned that there could be severe sanctions if the documents were not properly studied before an action is taken.

Deputy President of the Senate, Ovie Omo-Agege, Ajibola Basiru, Chukwuka Utazi and other lawyers in the chamber, suggested that a high-powered committee made up of legal practitioners in the upper legislative chamber and senior lawyers outside should be set up to review the agreements.

They are expected to specifically examine the agreement on Azura and Aku Gas Plants, as well as power purchase contracts.

Giving more insights into the agreement, Suswam said the agreement involves a monthly payment of $30 million by the Federal Government to the two power generating companies, despite their inability to produce the required units.

They said since the government and power companies have defaulted, loopholes should be explored to protect Nigeria from paying huge fines.

While Suswam in his committee’s report suggested that a loan should be given to generation and distribution companies, Lawan suggested that senators who are lawyers should study the various agreements signed by the government and explore ways of getting Nigeria out of the dilemma.

“The power sector is not liquid. We must realise that despite the privatisation of the power sector, government still have a stake of 40 percent.

There are about 10 millions homes connected to the national grid. Out of that figure, only four million are metred. Government needs to come in and help the sector.

There was a time the CBN gave a loan to the power sector to stabilise it. They’re paying back. Government can do the same thing. Let them give them money to bring in metres and then recover the money gradually.

“If the sector isn’t liquid, investors will not come in and put their money. Before power companies implement the new tariff next year, we need to have every family metred. Estimated billing is fraudulent and we need to do away with it.

“The privatisation was faulty from the beginning. We can’t completely blame them. There’s nothing wrong if we give subsidy to the power sector until they become stable and liquid.”

Senate Chief Whip, Orji Uzor Kalu, questioned the continuous subsidy paid by government to power companies. He said if the current status quo is maintained, Nigeria will never get it right.

He further argued that the power sector agreement should be revoked to offer opportunities to multinationals to bring in their funds and invest in sector, while lowering the interest rates.

“The sector is not viable. Even if the government puts N600 billion, nothing will change. We need to bring in multinationals to bring in their money.

Are we really that stupid? Why did we privatise if we still needed to give them subsidy? Any power company that can’t do its job should give it back to the government. Government has no business giving subsidies to the sector. That can’t work. We need to stop this madness.”

Sam Egwu said: “The privatisation process was fraudulent. I was a board member. Even if we put all the money in the sector, nothing will happen. The privatisation was done in a hurry and we need to ensure we give it to capable hands who can provide electricity.