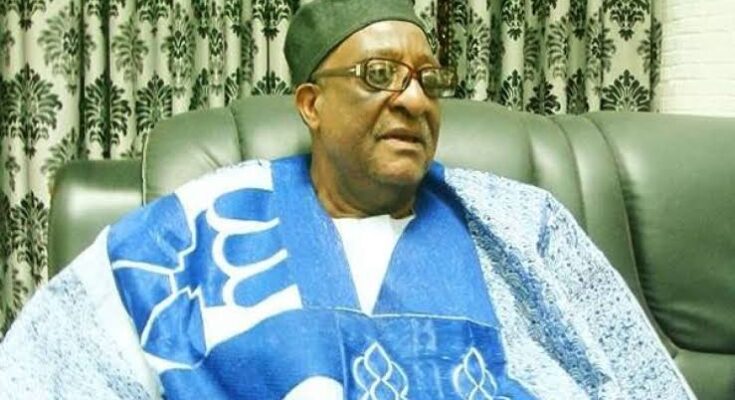 Senator Walid Jibrin, a senator representing Kano North Senatorial District and Chairman of the Peoples Democratic Party, PDP, Board of Trustees, BoT, has revealed the reason why a former speaker of the House of Representatives, Yakubu Dogara have decided to quit PDP and joined the APC.

The former speaker had last week defected to the APC in a move that surprised many in the Nigerian political circle.

According to Jibrin, Dogara’s defection was largely to his ambition of becoming President or Vice President of Nigeria in 2023.

Jibrin who chairs the Peoples Democratic Party, PDP, Board of Trustees, BoT, stated this yesterday in a statement issued in Abuja, made available to journalists.

Chiding Dogara for failing to take advantage of the channels of dispute resolutions within the party; Senator Jibrin urged Nigerians to dismiss reasons advanced by the former Speaker for returning to the ruling party for the second time.

He said: “I am beginning to suspect that Dogara has a plan of becoming President or Vice President in 2023 which he knows he will never achieve in PDP. I want to assure the former Speaker that PDP shall continue to be very strong and united and it’s doors remain open to all Nigerians; therefore, PDP will never accept any plan by anybody to destroy the party.”

The statement read in part:

“I have read with mixed feelings the reasons given by former Speaker, House of Representatives, Mr. Yakubu Dogara, for decamping to APC. I am equally sorry for Dogara for not exhausting all avenues available in the party’s constitution for settlement of disputes or complaints by a member of the party.

“I became more disturbed with the reasons given by Dogara for his decamping considering his position as a former speaker.

“In his position as a member of BoT, Dogara never laid any complaints to me as the chairman of BoT which is the highest advisory organ of the party and the conscience of the party.

Considering the reasons given by Dogara for his defection, one is compelled to say that Dogara has other strong reasons for leaving the PDP.”

He pledged BoT’s support for the second term bid of Governor Godwin Obaseki of Edo state, even as he vowed to work tirelessly for his victory in the September 19 governorship election.

Dogara caused quite a stir last week when he dumped the PDP for the APC. Although he is yet to address the press, the former Speaker has premised his defection on the alleged failure of Governor Bala Mohammed of Bauchi state to deliver on his campaign promises.