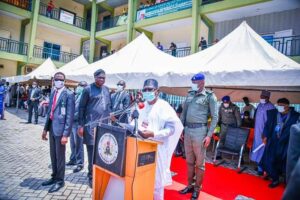 The projects which are first of their kinds north eastern part of Nigeria were flagged off by the Governor along with a major road linking Weekly Scope with the Lamido Aliyu Mustapha road one side and the Government House road on the other. 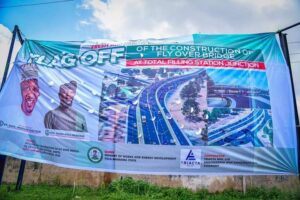 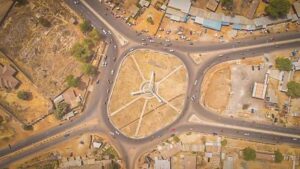 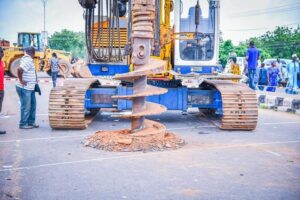 The Grade Interchange at Police Roundabout includes an underpass linking Galadima Aminu Way, Justice Buba Ardo road and an Overhead Bridge linking Atiku Abubakar Road and Lamido Aliyu Mustafa Road while a ground level Overpass and a Roundabout will also be provided to distribute traffic to all roads. 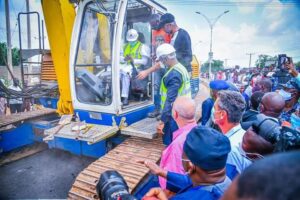 Speaking at the Groundbreaking ceremony on Tuesday, Governor Umaru Fintiri said the event marks a major milestone in his administration’s commitment to actualizing key campaign promise of undertaking an Urban Renewal that will make Jimeta, Yola and other towns in the State, befitting models to showcase.

The Governor added that government has already commenced the construction of roads in Michika and Madagali towns, while the provision of Roads and Health infrastructure in Yola South, Numan, Fufore and other Local Government areas will follow suit.

He explained that the construction of the Flyover and Grade Interchange, in Jimeta is in anticipation of the capital’s ever expanding population and the attendant explosion in urban traffic and assured of total commitment to delivering of these projects and will not concede any inch to failure.

He appealed for understanding among residents of the State capital who will have to bear with the discomfort and disruption to traffic flow while construction is going on, calling on people endure the inconveniences as the Government commences its urban renewal agenda.

Earlier in his remark, the Commissioner of Works and Energy Development, Alhaji Adamu Atiku Abubakar said the contract was awarded to Triacta Nigeria Limited and assured that personnel of the ministry will work round the clock to ensure quality and timely delivery of the projects.

On his part, the Managing Director of Triacta Nigeria Limited, Engineer Elie Abu Farahat said the projects will be completed within the time frame of ending twenty twenty one while the company will ensure quality of the work.