The Speaker of the House of Representatives, Rep. Femi Gbajabiamila has congratulated the duo of Senator Gbenga Ashafa and Hon. AbdulMumin Jibrin on their appointments as the Managing Director of the Federal Housing Authority (FHA) and Executive Director, Business Development respectively by President Muhammadu Buhari. 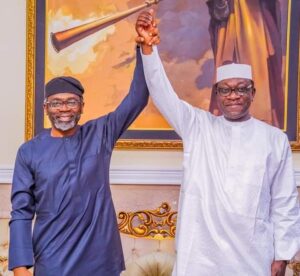 In a congratulatory message by the Speaker through his Special Adviser on Media and Publicity, Lanre Lasisi, the Speaker said the duo of Sen. Ashafa and Hon. Jibrin are round pegs in round holes.

He said both Sen. Ashafa, who represented Lagos East Senatorial District, and Hon. Jibrin, who was the representative for Kiru/Bebeji Federal Constituency of Kano State, and Director General of Gbajabiamila/Wase Speakership campaign come with a lot of experiences as former legislators and public servants.

The Speaker said he believes both appointees would serve in their new positions diligently and patriotically giving their antecedents.

The Speaker also thanked President Buhari for recognising both Ambassadors of the National Assembly, Sen. Gbenga Ashafa and Hon. AbdulMumin Jibrin in giving them the appointments, saying the President has made a good choice.

The Speaker wished the two appointees success in their tenure.