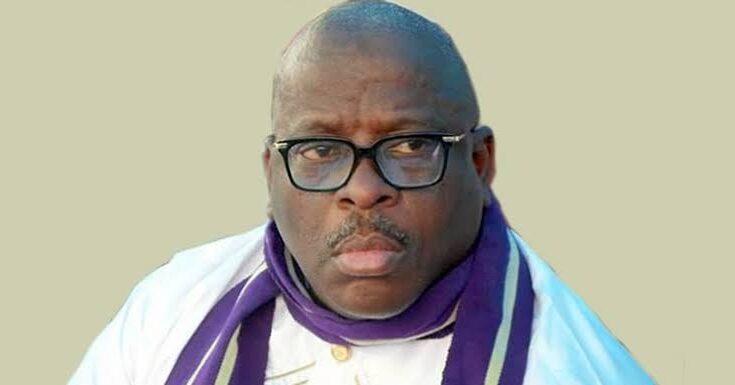 Buruji Kashamu, a former senator from Ogun state, has died of complications from COVID-19.

The news was broken on social media in a Facebook post by Ben Murray-Bruce on Saturday, August 8, 2020.

The former senator revealed that Kashamu died of covid-19 at First Cardiologist Consultants in Lagos. 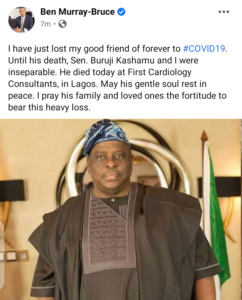 The late Kashamu,62, represented Ogun east in the eight senate.

He was on the wrong side of the law over allegations of drug dealing while he was in the US.

In 2015, there was a stand-off at his residence after operatives of the National Drug Law Enforcement Agency (NDLEA) attempted to arrest him for extradition to the US.

Kashamu is the latest casualty in the growing list of prominent political figures killed by COVID-19 in Nigeria.