What type of Senator does Okigwe need at this critical time? Our Voting Guide.

Since Friday November 6th 2020, the very date the Federal High Court in Owerri relied on the purported reports of the Screening and Appeal Screening Committees of the APC to declare Senator Godwin Ifeanyi Araraume candidate of the party against the successful return of Sir Frank Ibezim by the Party’s Primary Election Committee, confirmation and subsequent submission of his name as the valid candidate of the party to the Independent National Electoral Commission(INEC) by the Malam Buni led National Working and Extraordinary Convention Committee , many people who are inclined to my proactive and unbiased political judgements have remained firm after calling me to ascertain my position while others continued to oscillate like the veritable pendulum without direction hence the crystallization of this piece, the Part Two of the Voting Guide for Okigwe (Imo North) Senatorial Bye Election, now scheduled for December 5th 2020.

While acknowledging the mixed bag of reactions that trailed the Federal High Court judgement, it’s very easy to see that the contending forces (Senator Ararume and Sir Frank Ibezim with their extended groups) are not killing themselves rather they have chosen to individually and collectively work for the victory of the party in appreciation of the fact that litigation is an integral part of the electoral process hence the slogan ” let the party win first”.

Sir Frank Ibezim and his support groups of party members led by Chief Barr. Marcon Nlemigbo had toured and vigorously campaigned for the APC in the 64 wards of Okigwe zone.

Senator Ararume at this time is expected to deploy his personal political armament and many others who were not part of the Ibezim campaign train to also do so in whatever form, in all the APC will be good for it.

I just pity other parties in this race,they must wait for another time.

This commendable maturity playing out among party leaders must not be unconnected with the highly justified desire and general mood of well meaning people of the southeast to pursue the overriding goal of producing the next Nigeria President of southeast extraction through the APC hence the celebrated defection of Governor Dave Umahi, his legion of supporters and many others in the pipeline.

Also worthy of note is the undying optimism that has characterized the expectations of different groups in court . This sense of mutual hope is only symptomatic of victory for the party as all internal and externally induced conspiracy theories with their sabotaging mountains have all been totally demolished.

Yes, researchers and custodians of history of political developments in Nigeria will agree with me that the battle in court is going to be epic as the captains of both teams(Ararume and Uzodimma) have their historic accomplishment profiles in the Nigerian law reports.

All that can be conceived, conjured and perceived together with the avalanche of supreme court authorities (which points to the fact that no matter how flamboyant party primaries may be, they remain internal affairs of political parties) must be on deck for this diadem which may lead to the much needed unity of the party.

Indeed the party through her National organ had said and submitted Sir Frank Ibezim’s name to the INEC as her true candidate and the Federal High Court Owerri declared Senator Ifeanyi Ararume the party’s candidate, only the supreme court will be the final arbiter while all preparations for the election in favour of the APC continue variously.

Recall that in the first episode of this piece, I raised one question for determination as a guide to our decision of knowing which party’s candidate Okigwe zone should vote. That question is hereby reproduced for your refreshing pleasure thus:

“What type of Senator does Okigwe need at this critical time(remaining two and half years of the 9th Senate) ?”

(A) The Senator whose political party and relationship with the current Senate leadership can only guarantee the collection of his salaries and personal emoluments.

(B) The Senator whose political party and relationship with the current Senate leadership will guarantee the quick recovery of lost grounds in Committee Chairmanship/Membership and proceed further to generally attract desired Dividends to the people.

This question was resolved in favour of option B thus:
“Frankly speaking, all those who genuinely love Okigwe and desire her growth and development for the people’s wellbeing must go for the B option as the correct answer to the question above.”

In the light of new developments since the first edition of this piece particularly the increasing quest for a Nigeria President of Igbo extraction by majority of Nigerians through the ruling APC, another question for our determination has risen thus:

Following the genuine desire of majority of Nigerians for the continued unity and positive turnaround of Nigeria through the emergence of a Nigeria President of Igbo extraction and the gale of defections to the APC arising therefrom , is it not a matter of common sense that Okigwe zone(Imo North) should join right minds in Nigeria and the southeast in particular to promote this project which time has come by electing a Senator with the APC flag come December 5th 2020 ?

It is obvious that our people, more than ever before, are greatly upbeat to support any of our own from the southeast with the serious hope that a Nigeria President of the southeast bent will hugely address the people’s yearnings and douse the current agitations for the country’s disintegration.

This second question which has also been resolved in favour of the APC has consolidated the first hence all people of Okigwe zone, irrespective of party affiliations, should vote APC on Saturday 5th December, 2020.

This serves as our VOTING GUIDE for the coming Bye Election.

This is my candid position.

Hon.Irouno Chukwunonye
(For all proactive Okigwe persons of across-the-board patriotism). 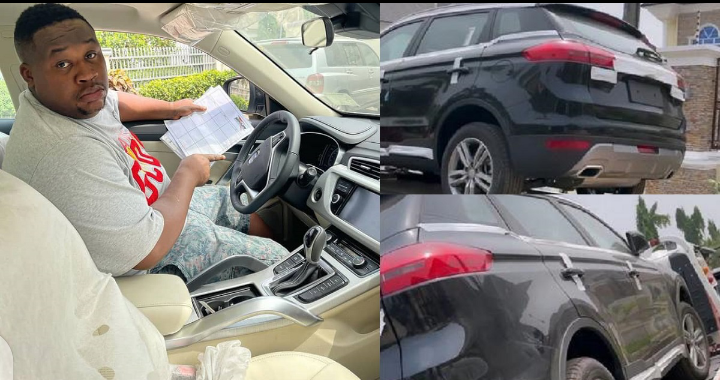