Origin of Internet Fraud in Naija

Story of how Emmanuel Nwude carried out one of the biggest scam in the world by selling an Airport that doesn’t exist.

Emmanuel Nwude who committed the largest fraud in the country by selling a non-existent Airport to a Brazilian for $242 million between 1995 and 1998. The rise of internet fraud commonly known as 419 is one phenomenon Nigeria has come to be associated it.Before internet fraud became a global issue, Nwude had committed one of the biggest scams in the world. Specifically, his fraud was the third largest banking scam in the world after the Nick Leeson’s trading losses at Barings Bank, and the looting of the Iraqi Central Bank by Qusay Hussein. How was Nwude able to carry out this jaw-dropping scam and convince Nelson Sakaguchi who was the director of the bank to part with so much money for the purchase of an airport? Nwude was a former director of Union Bank of Nigeria and this position made him privy to some links, information and documents that other persons would not be aware of. He impersonated the then governor of the Central Bank of Nigeria, Paul Ogwuma, and connected with Sakaguchi informing him of a mouth-
watering deal of Nigeria’s plan to build an airport in Abuja.

Emmanuel Nwude carried out one of the the biggest banking fraud in the world. Nwude, pretending to be the Central Bank of Nigeria governor, told Sakaguchi that he stood of chance of pocketing $10 million commission
when the deal passed through. Sakaguchi paid $191 million in cash and the remainder in the form of outstanding interest. Nwude’s accomplices were Emmanuel Ofolue, Nzeribe Okoli, and Obum Osakwe, along with the husband and wife duo, Christian Ikechukwu Anajemba and Amaka Anajemba, with Christian later being assassinated.

The criminal gang was able to convince the director of the Brazilian bank to part with the money. How did Sakaguchi find out he was a victim of one of the largest scam in the
world? In 1997, the Spanish Banco Santander wanted to take over the Banco Noroeste and a joint board meeting was held in December of that year. Officials of the Spanish bank noted that half of the Brazilian bank’s capital was at Cayman Islands unmonitored. This raised questions as this was two-fifths of Noroeste’s total value. Investigation began and was carried out in Brazil, Britain, Nigeria, Switzerland, and the United States. Although the sale of the Bank still went on as the owners of the bank paid $242 million bill, the Bank still collapsed in 2001. The birth of the EFCC In 2002, the then president, Olusegun Obasanjo saw to the establishment of an anti-graft agency, the Economic and Financial Crimes Commission (EFCC). Nwude’s fraud case one of the first to be investigated and in 2004, all members of the gang were arraigned before an Abuja High Court on 86 counts of “fraudulently seeking advance fees” and 15 counts of bribery related to the case . Although they pleaded not guilty, they were warned not to attempt to bribe court officials as it was suspected that money was going round.

Nwude has become Nigeria’s fraud kingpin after pulling off one of the biggest ‘deals’ in history In 2005, Amaka confessed to helping Anajemba and was asked to repay $25.5 million and also sentenced to two and a half
years in prison. Nwude attempted to bribe Nuhu Ribadu, the then chairman of the EFCC, with $75,000 cash but the latter refused and Nwude was charged with attempted bribery as well as attempt to kidnap a prosecuting witness. Following Sakaguchi’s witness, Nwude finally pleaded guilty and was sentenced to five concurrent sentences of five years and was asked to pay 10million dollars as fine to the federal government .He was released in 2006. Nwude filed a lawsuit to recover his seized assets after he was released from prison, on the grounds that some of the assets were acquired before the offense was committed.He has already reclaimed at least $52 Million.As of May 8, 2015, the matter is being heard by the Lagos Division of the Court of Appeal.

On August 19, 2016, the town of Ukpo in the Dunukofia area was attacked by over 200 people, apparently due to a land dispute with the neighboring Abagana community. Four policemen were shot, and Emmanuel Okafor, a security guard at a construction site, was killed.The Anambra State Police Command alleged that Emmanuel Nwude was a ringleader, and arrested him on 27 charges including murder, attempted murder, and terrorist attacks. He was being held at Awka Prison in Anambra State,but was released on bail on December 8, 2016.

On Thursday 25 February 2021, Emmanuel Nwude, while testifying before Justice Mojisola Dada of the Ikeja Special Offences Court, denied knowing the source of the $242m that was transferred into his account. Mr. Nwude, after serving part of his 25 year jail term, is back in court alongside two lawyers – Emmanuel Ilechukwu and Roland Kalu.

All three face a 15-count charge of forging the documents of a property Justice Oyewole had earlier ordered Mr. Nwude to forfeit to his victims. The property is located at Plot Y, Mobolaji Johnson street, Oregun Alausa, Ikeja, Nigeria. Justice Mojisola Dada adjourned the case until 24 May 2021, for continuation of trial. And on 24 may 2021 “I don’t know how $242m got to my account , Brazilian bank wanted to scam me,Nwude tells the court “. 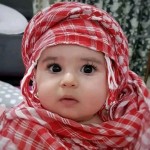 This site uses Akismet to reduce spam. Learn how your comment data is processed.

Nigerian guy living in Sweden smartlymarried a Swedish lady, so as to belegally certified with resident permit, butthe lady...

Pastor Akuchie receives a Car gift from Industrialist Chuks Orji As part of his moves to show gratitude to God...

#Farewell: Ikonne joins his Ancestors The candidate of the Peoples Democratic Party for the March 11 governorship election in Abia...

#Girlchild: Women and power, what went wrong? Women have historically...

QuinGist Empire is a media consultancy outfit based in Imo State.